All Across America, Artists Are Taking Over Billboards 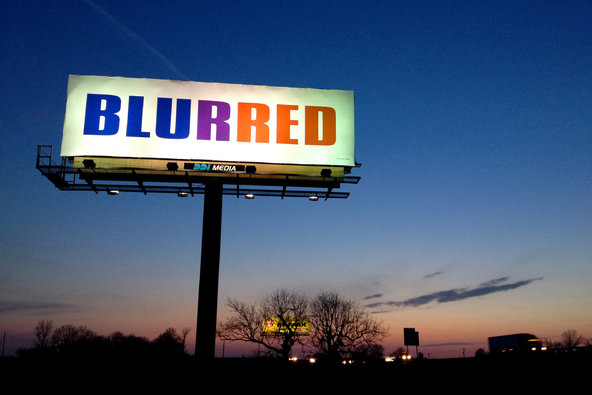 “Visual pollution. Sky trash. Litter on a stick. The junk mail of the American highway.” That’s how billboards are described on the website of Scenic America, a group devoted to “preserving and enhancing the visual character” of the country. But while preservationists deride the billboard, artists have long been intrigued by it for its role in American highway culture. (Besides, what artist wouldn’t want a 300-square-foot canvas with a guaranteed audience?)

While artists have been using billboards since the 1960s, there’s been a recent resurgence of interest in road-sign art. A number of independently organized billboard projects have cropped up over the past several years, appearing everywhere from Florida to California. The artist Anne Thompson has organized one such project, up now: the Missouri-based “I-70 Sign Show.” She suggests that billboards have gained in popularity in the context of art because they “look like a quaint, outmoded medium in the digital world. In terms of art history, when communication mediums lose their functional currency, they tend to get picked up and re-examined by artists.”